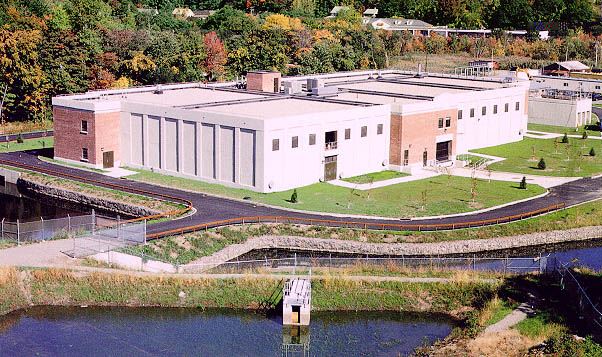 In the early 1930's the Town of New Castle, New York, developed a water supply from New York City's Catskill Aqueduct with an aqueduct connection and pumping station. In the late 1950's an additional supply was developed from Shaft Number 3 of the New York City's Croton Aqueduct. The water from each source was disinfected with chlorine, but not filtered. During the 1980's, the Town needed to expand and upgrade the existing sources of supply to meet increased demands.

The Town's Environmental Engineers and Scientists at Hazen and Sawyer, has been the consultant for the Town of New Castle since the 1950's, when the Croton Aqueduct supply was developed. The firm provided planning, design, construction administration, and start-up services and operator training for the new supply from the Catskill Aqueduct at Millwood. Hazen and Sawyer proposed completely relining the antiquated water mains, building a new pump station to boost supply and constructing a modern water treatment facility using innovative technology.

Under successive town governments, the pipe relining project began in 1984, the pump station construction began in 1988 and the treatment plant construction in 1990. The location for New Castle's Millwood Water Treatment Plant was selected because of its proximity to both New York City's Catskill and Croton Aqueducts. The new Catskill Aqueduct connection is designed as the primary supply with the existing Croton Aqueduct supply as the standby source.